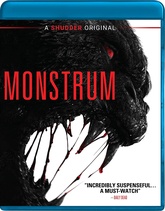 When a vicious monster takes over the city, the King’s general sets out to defeat the creature.

A plague has taken over and fear runs rampant in the streets. When rumors of a vicious monster roaming Mount Inwangsan begin to spread, fear turns into panic. In order to quell the rising hysteria, the King brings his most trusted general out of retirement. Joined by his daughter, his right-hand man, and a royal court officer, the general sets out to find and defeat the mysterious creature.